Wolfhorde – The Great Old Ones 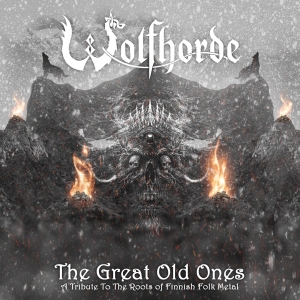 Wolfhorde is releasing a tribute EP with three cover songs from the best known pioneers of Finnish metal music: Finntroll, Moonsorrow and Amorphis. These bands have been big inspiration to Wolfhorde and also to many others.

From the core, Wolfhorde is a Folk Metal band, but after all categories don’t really mean that much. With this release we want to show where our biggest musical inspiration comes from and how long and diverse is the history of Finnish Folk Metal, which leads back to early 90’s death metal of Amorphis, to Epic Heathen Metal of Moonsorrow and finally to humppa-infused black metal of Finntroll.