Analog Summing – The Myth and The Fact

One of the many reasons I was so curious about analog summing before choosing the topic for my final thesis at Tampere University of Applied Sciences was that there was so much uncertainty and conflicting information over the internet about the matter. The discussion forums seem to be quite religious about it to be honest.

This is the kind of picture you get when reading discussion forums and marketing punchlines.

…all this is utter bullshit.

Many people have an opinion about analog summing without even having ever actually studied or tested what kind of audio effects it can introduce to a multitrack signal. I’m truly not the most professional person to tell about the effects, but I’m professional enough to be skeptical about things that are not certain facts and are just rumoured to be facts. In fact, in search for literature about analog summing, I didn’t find a single book telling anything useful about audio quality effects of analog summing. There were a lot of books that didn’t quite fit the criteria of being reliable sources of information. There were books that mentioned analog summing but didn’t explain a single thing about it other than stating that “some people like to sum tracks in the analog realm for more analog feel”, which doesn’t really mean anything.

There’s no such thing as analog realm or analog feel. These are just marketing words to make you buy stuff. I do like how analog mixers look like and how they work like, but that doesn’t mean the sound has a certain kind of a feel. Analog audio is just electric current. It does not think. You’re the one doing all the thinking and all feelings and realms are between your ears.

What do you need to do analog summing?

If the multitrack is in digital format (well mostly it is) you’re going to need a converter with a lot of channels. Analog summing is mostly done on 16, 24, 32 or 64 channel mixer so you need atleast the amount of analog outputs from the digital converter as you have on the analog mixer. On top of that you’ll need to convert the summed stereo output from the mixer back to digital with 2 channels of converters.

If you already have a studio with all the gear anyway, it is wise to use them to their full potential which sometimes means recording, mixing and summing with the same gear. However, some people buy analog summing mixers and converters just to take out a digital mix through an analog mixer as mix stems. I’d say it is not very practical and it’s quite expensive for what it does. Of course you can do whatever you want, but I personally would recommend against it. After all, a summing mixer is just a mixer that cannot be mixed on. Read further. I will explain myself.

Here’s my rule of thumb: The weakest link of every signal chain is always to most significant sound-wise and the first part of signal chain is the most important. In order to have a signal chain, every part must work as in pass audio.

So. When summing a digital mix with an analog mixer, you have multiple signal chains where the most significant part of those chains is the one that makes the most difference. In most cases, the digital converter will be doing the most difference. The conversion process can bring all kinds of effects to the sound that will not be magically healed by the summing process.

Disclaimer: The only thing I’m going to say about analog summing in a completely analog signal chain is that in a fully analog mix you have to do the summing anyway, so you can’t really say if it makes a difference because without summing there is no mix.

I’ve read it hundreds of times on discussion forums that the summing should be as clean as possible to truly make a difference. That would mean having the highest grade gear available. The best converters and the best possible mixer with the cleanest and purest signal path. This is a myth. The truth is, the better the signal chain is, the less it will degrade a signal. And, you can’t really improve quality by just routing through an audio device. Once a sound is recorded or synthesized, you simply can’t improve its audio quality after. You can shape the sound all you want, fix problems and even make it sound better, but you cannot improve audio quality.

There is sound quality and then there’s good sound. These are opposite sides of the same coin. Some of the best sound effects have been created unintentionally, like distortion effect for guitar. Guitarists at the time used what was available at the time, poorly designed guitar amplifiers that distorted badly at relatively low volumes. And guess what, it defined what we now think an electric guitar should sound like. It is what we think sounds good, but it has nothing to do with sound quality. In fact, it is quite the opposite. People often confuse sound quality with good sound.

So back to the summing!

There’s talk about analog summing in which many people say there’s something wrong with digital summing and it can be fixed using an analog summing mixer to sum the mix. This is just pure nonsense. In fact, when summing on analog mixer, you are most likely going to have to sum in digital multiple times to make stems which are then summed on an analog mixer. Of course if you have (can afford) enough channels to put every track on separate channel, then you can obviously justify doing that. If you can afford that, then why not? But when you’re on a budget, you’re not going to get rid of digital summing by buying a summing mixer. In my opinion, there’s no need either. There’s absolutely nothing wrong with digital summing unless you are using a software from the early 90’s. Even then, I doubt the summing was as big of a problem as other limitations.

So who am I to tell you anything about all this?

Well I’ve actually made tests about summing on an analog console made by Solid State Logic, using the newest Avid converters. I did some null tests and analyzed them using FFT-analysis. I also tried to hear differences. There’s no doubt differences exist between digital and analog summing and I even know why. Below are the most important things I found out. 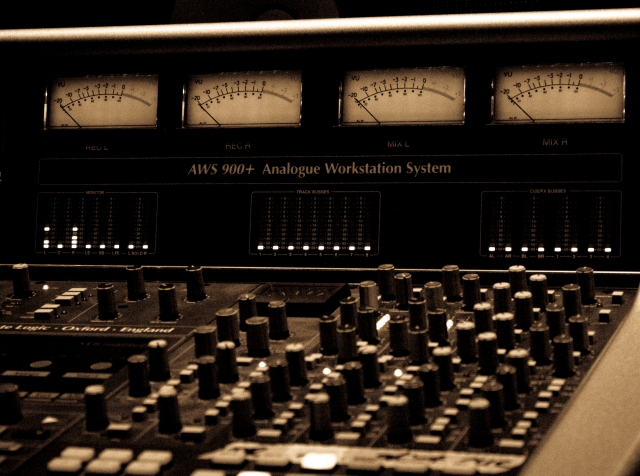 So what should one expect from analog summing?

There’s no such things that would magically improve sound quality or anything like that. All the effects you can hear are easily explained by doing tests and studying the subject. Many of these effects can be done inside your prefered digital audio workstation. The complexity of the effects is not propably as easy a task, though. You can add distortion and noise, pan things slightly off-center, use a stereo widener for that effect and so on. All these things can sound good, but under the hood they are degrading sound quality.

A really nice alternative for multitrack summing is to use just 2 channels and send your mix through them. You can save your money on the summing mixer and instead you can get a nice mix buss compressor or an equalizer, both of which will give you more for your money. When I did my tests, I also had versions summed with 24 channels and only 2 channels and the differences were small enough to not make a very noticable difference.

I can see why analog summing is popular and I don’t blame anyone for it. Personally I think it is only worth the money and trouble if your mixes are already so perfect that it is the only thing that you can do. Again: if you’re mixing analog, then it’s not a question of whether or not anymore.

Non-linearity. Such a nice word.

Many manufacturers of software and hardware make the word non-linearity to sound like an audio quality improvement. The truth is that non-linearity is just another word for noise, distortion and other unexpected changes in sound.

Many if not all known and respected manufacturers of software use this word all over the place. Especially with digital plugins that model analog mixers. Would you buy, for example, Slate Digital’s The Virtual Console Collection plugins if it was marketed like this..?

“Despite the digital revolution in the audio industry, many of today’s top commercial albums are still mixed on analog consoles. Audio engineers rely on analog mixing to provide the distortion and noise that digital mixing does not produce.”

Analog mixing is not about non-linearities even if you are told it is. It is more about being able work on the mix with a tool that makes it easier for you. Distortion is not what makes mixing easier. It’s the whole thing and being able to work on a mixing console instead of a mouse and a keyboard. After all, mixing console is an old invention and its primary use is to be used in mixing. It’s not really about the sound as much about having the right tool for the job. The summing part of a mixing console is just a required feature. You can’t mix without summing. In order to be able to play the mix through a pair of speakers the tracks need to be summed to a stereo output.

The more you use money on summing, the less it will make a difference. Atleast if you buy new stuff, which almost always strives for the best audio quality black on white. The summing itself doesn’t really sound like anything. If you don’t sum, then you can’t listen to the mix. Back in the day, the mixers that were used didn’t have as good sound quality as todays hardware. They had lower headroom, more distortion and noise and all kinds of stuff that we now think is the reason music back then sounded somehow better. Back then people propably truggled to get rid of the distortion and noise or atleast minimize it. We are in so much better position now, that we can actually tune the amount of these “non-linearities” to our liking and the tools are there, available for everyone.

But what I am seriously concerned about is how studio hardware and software is being marketed these days. When paired with increasing amount of home studio amateurs and semi-professionals that don’t have time to study things, it is very dangerous for the music industry to be based on lies and disinformation. Not before long the whole industry, even on professional level, will be based on misleading rumours and beliefs instead of facts and realities. I fear it can only lead to one thing: A decline of respect towards professional audio engineers. The ones who are responsible for the quality control of the whole music industry.

“Don’t believe what you’re told. Know only what you have confirmed to be true.” -Werihukka

13 thoughts on “Analog Summing – The Myth and The Fact”

A crow in the snow - I might as well share some pictures from the surroundings, because the studio is quite static place. #blackandwhite #finland #winter #crow #snow
Snow is falling outside, better to stay at the studio whole evening mixing & mastering new Cronica (PL) song. Check out the very promising band @cronicaofficial #mixing #mastering #studio #finland #poland #folkmetal
Finished recording some bass for @crimsondimension_official album. @mesaengineering @espguitars #bassporn #bassguitar #recording #studio #metalmusic #progressivemetal
This has to be one of the best sounding kits what I have recorded, if not the best. @crimsondimension_official @sonordrumco #drumporn #drums #recording #recordingstudio #doublebassdrum 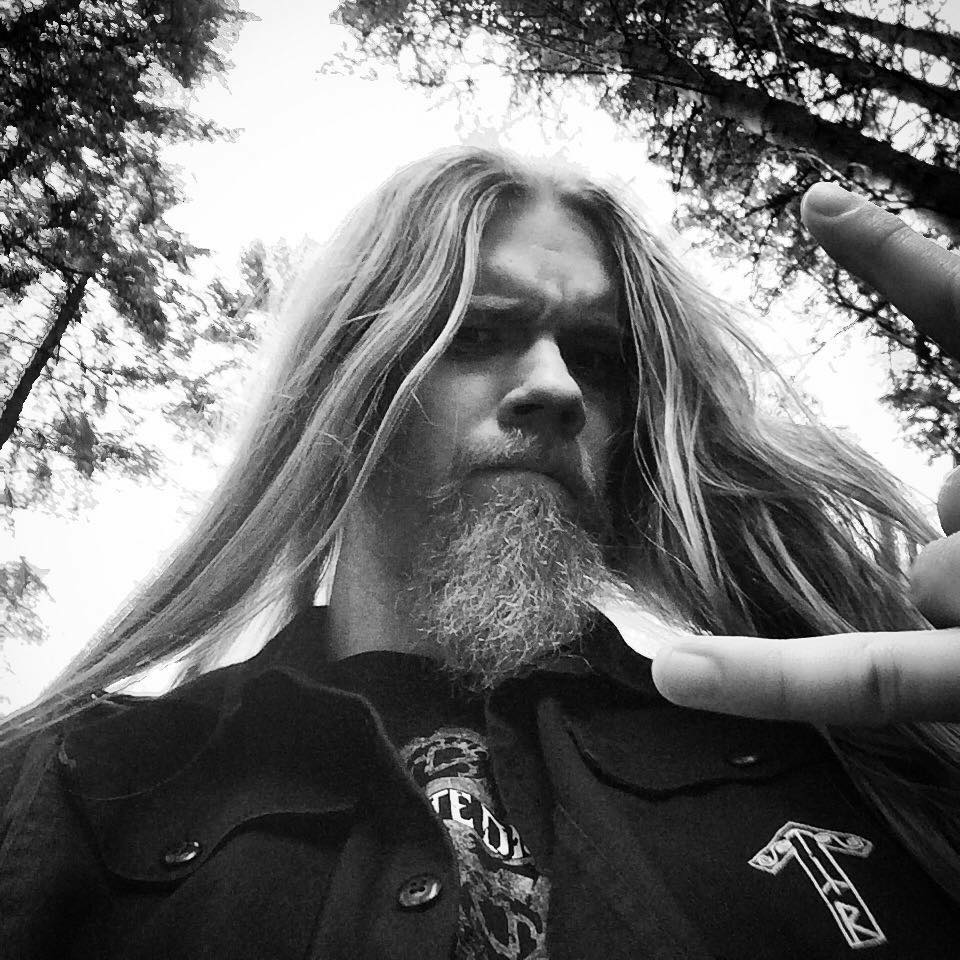